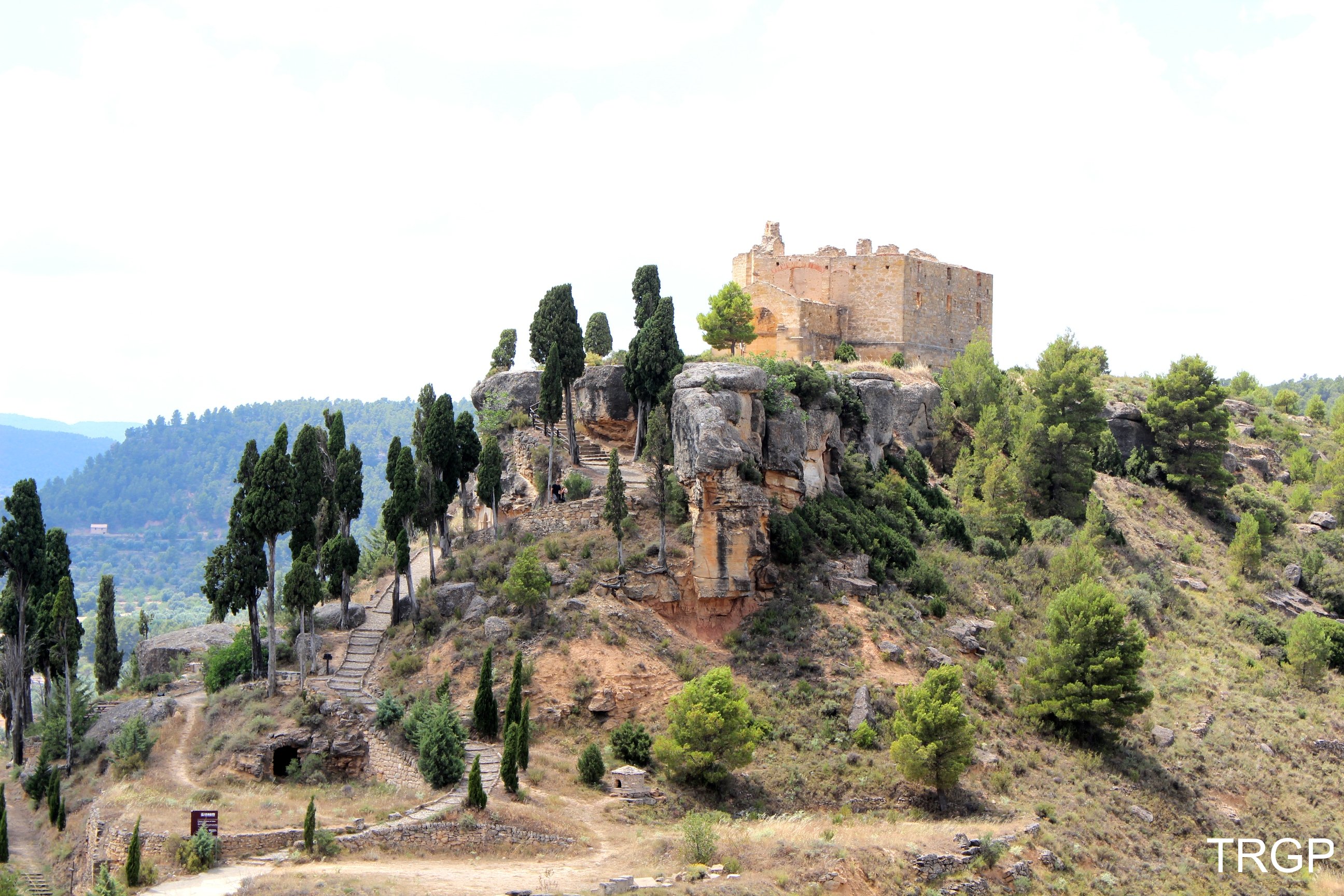 I have said in different occasions that I love the province of Teruel. I do not know it so much, but every day I like it more.

Honestly, I have not heard of La Fresneda. Neither knew it existed nor placed it on the map. I got here thanks to the hotel "El Convent". Once there, it was Sandra who, with her pro-activity, did not hesitate for a minute to list what I had to see before leaving the village. I was very thankful that she would tell me that La Fresneda had to be seen during the day and during night. I did what she told me and I came back to tell her thank you. 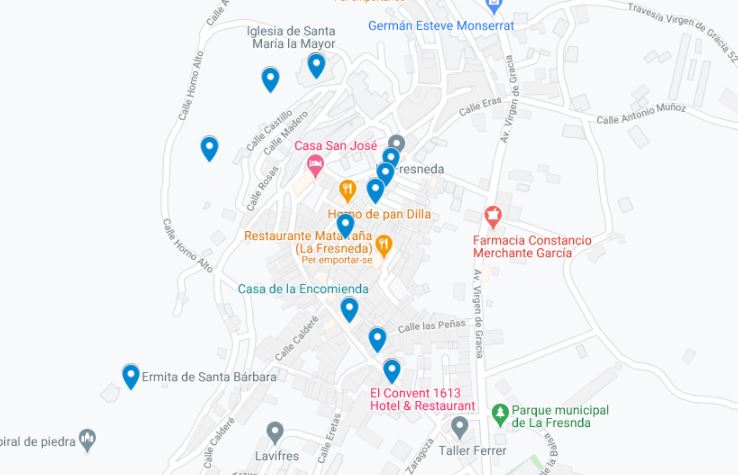 The route is done on foot. I left the hotel "El Convent" towards the Capilla del Pilar, which is located in the Plaza Pilar. It was constructed at the end of the 17th century. They say that it is occupying the site of the old church of San Bartolomé, although there is no documentary evidence of that. It is baroque. Its interior suffered considerable damage during the Civil War. I could not go in because it was closed (what a shame that the towns have to close the churches!). I only saw the outside part of it.

From here begins the beautiful part of Calle Pilar. Portions on both sides that hide cozy small stores. There is a building that stands out: "La Casa de la Encomienda". It is a 16th century Renaissance style building. I did not even have the opportunity to visit it because it was Sunday and it was closed (I still do not understand it); but they explained me that on the ground floor the terns are still preserved where crops that were collected as tributes were kept. For a long time it was the residence of the commander since it was really hard to access the castle.

If you keep walking, you will then reach the Calle Mayor; which is the one that leads to Plaza Mayor, where is located the City Hall. This place is a must see. It is beautiful and calm. There are a couple of terraces to eat a few snacks; Nevertheless, people respect the silence and peace of the place. The Town Hall is from the 16th century, and built in a Gothic-Renaissance style. It is the protagonist of the Plaza Mayor and deserves to be treated like that. As a curiosity to say that there is a reproduction really similar located in the Poble Espanyol de Barcelona. In the same building of the Town Hall on one of the sides, there is a wooden door with iron grates with two "Arresto" and "Mazmorras" posters. In the Tourist Office (I also found it closed) you can hire the guided route. Honestly, I would have loved to do that.

I started to walk the steep streets towards the hill that is at the top of the village. Here are the last four visits to be made before leaving from La Fresneda and from where you can enjoy spectacular views of the Valle del Silencio:

The historical complex of La Fresneda was declared a Site of Cultural Interest in 1983.

You can send me an email if you need some help with the organization!


One day is enough. 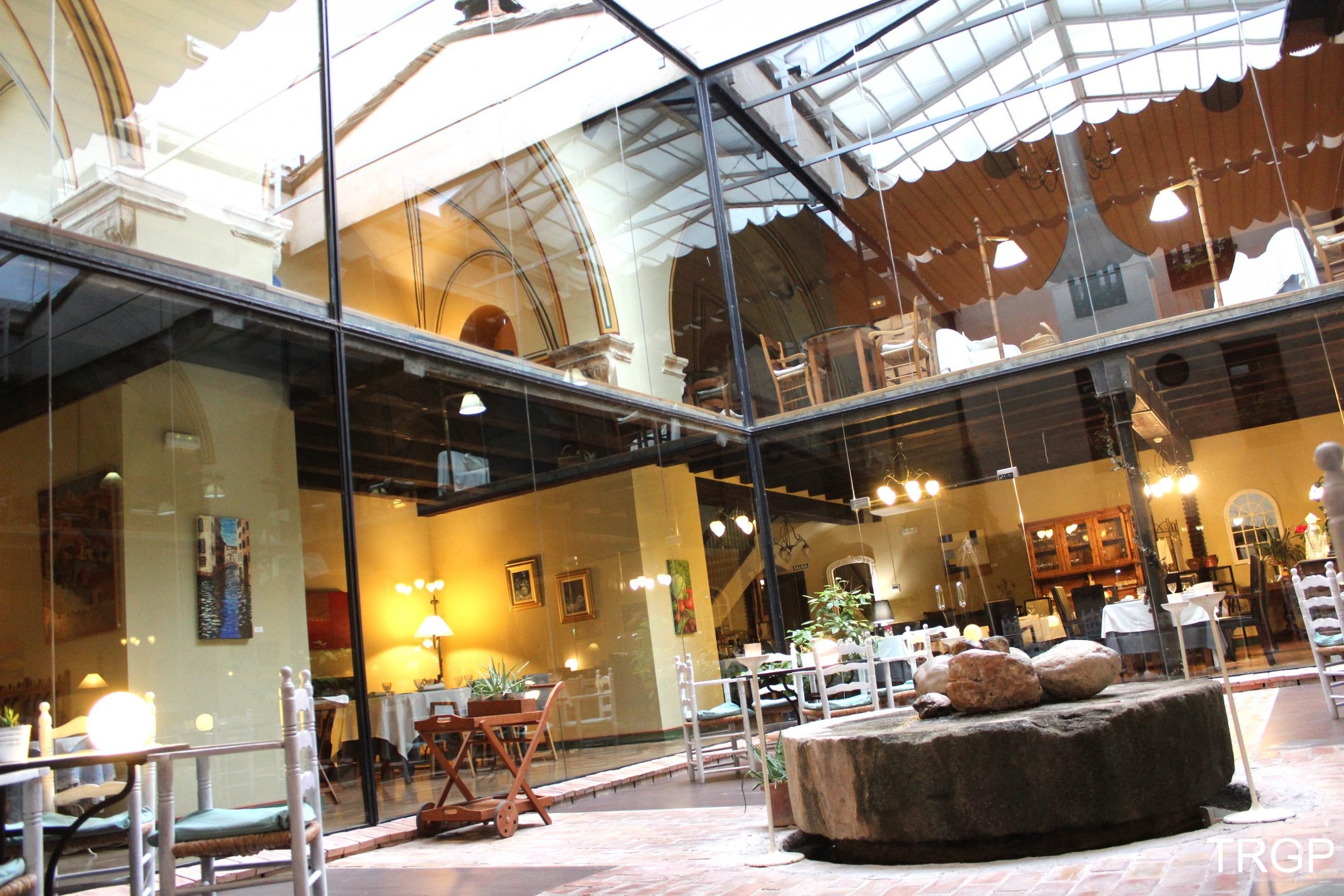