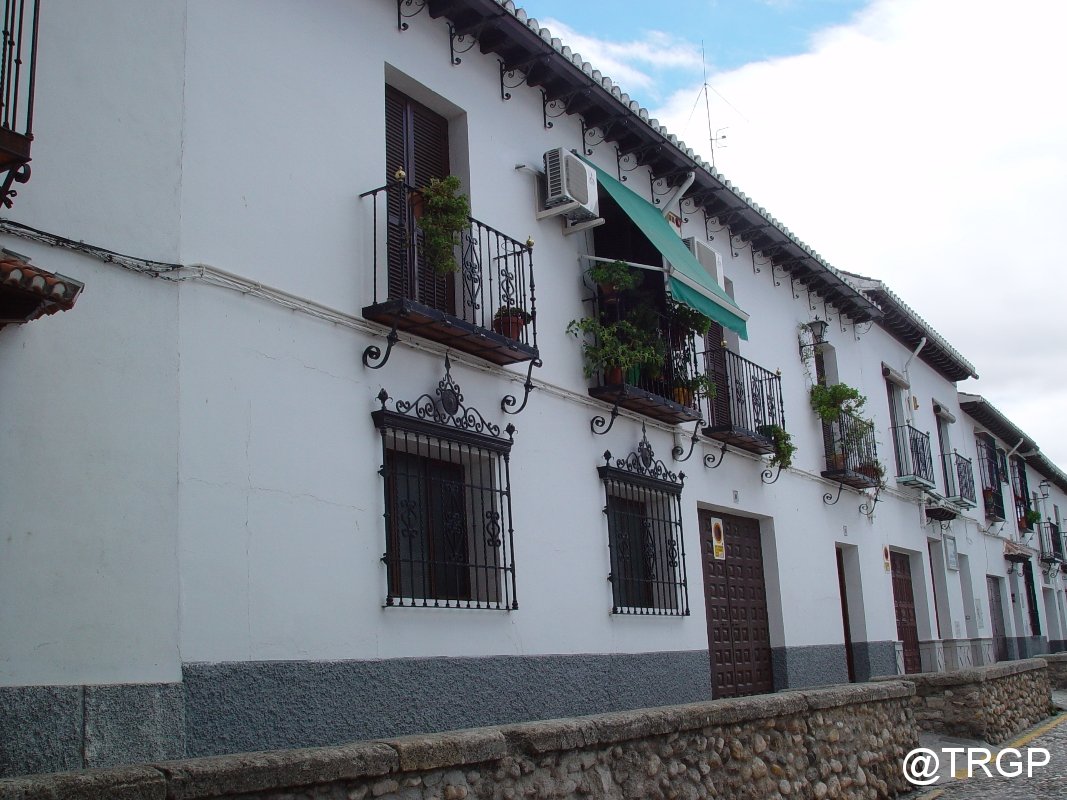 Access
You can get there by car near the entrance of the neighborhood; but you have to leave your car outside because almost all the streets are for pedestrians.
Granada
Granada (Spain)

Albaicín is the oldest neighborhood and, at the same time, it is one of the most charismatic neighborhoods in Granada. It was the seed of the current Granada. I decided to spend enough time to visit everything (I also recommend reading the next post to know what to see in the Albaicín of Granada).

I really wanted to visit Granada. Everyone spoke to me how wonderful is the Alhambra, the Generalife, the Cathedral and Plaza Nueva. I knew they are must-sees that I couldn't skip; but I had Albaicín and Sacromonte as priorities.

In its origins, the neighborhood was Muslim. In the 11th century a dynasty built its royal palace with Islamic temples; in fact, the city's Great Mosque was located in Albaicín. At the time of maximum splendor, there were more than 30 mosques; but with the conquest of the Catholic Monarchs, things changed. The Christian neighborhoods were gaining prominence and Albaicín remained as a place of residence for the Muslims, somewhat isolated. The mosques were giving way to the churches and the Muslims ended up leaving the area. Today, it is a unique sample of the mixture of architecture of the two worlds.

During the Muslim time, luxurious houses with lush gardens and orchards were built. They are known by the name of "cármenes". Many of them have been turned into museums and restaurants. Some of the best known are the Carmen de la Victoria, which belongs to the Universidad de Granada, and the Carmen de los Mártires, owned by the Ayuntamiento de Granada.

Albaicín is located on the hill of San Cristóbal and borders the Sacromonte neighborhood. It is a popular tourist neighborhood; but, still, it is worth visiting. 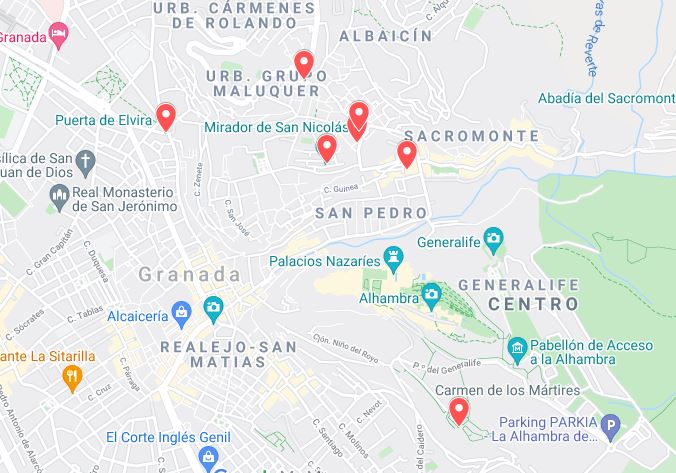 I started the visit in the Plaza del Mirador de San Nicolás, from where there are wonderful views of the Alhambra with the Sierra Nevada in the background. They say that it is one of the best places to enjoy the sunset as it is hidden behind the Alhambra.

Once seen the strongest point in the entire neighborhood, you have to walk quietly through the small, narrow streets full of history. In the Placeta del Abad there are remains of the old Puerta de los Estandartes. Some streets still respect the cisterns and others are full of restaurants and bars where you can eat at a very reasonable price. The cisterns are the most characteristic elements of the neighborhood. They were always associated with ancient mosques for the practice of ablution.

The Iglesia Parroquial de Nuestro Salvador is built on the old Great Mosque. Nowadays you can still see a patio, several columns and the cistern. Just for the history behind it, it is worth the visit.

Further away but equally obligatory to visit, is the Puerta de Elvira, which was the traditional entrance to the city of Granada. At the moment it only conserves the arch.

In 1994 it was declared a "World Heritage Site" by Unesco as an extension of the Alhambra complex.

There are many restaurants in the neighborhood. I went to "Casa Torcuato" following the recommendations of a local person and ate good tapas at a good price!

The "Palacio de los Patos" hotel is an oasis of tranquility and exclusivity in the middle of the city. A very well located 5-star hotel with excellent service. Book a room here.

A very good guide is Granada (GUIARAMA COMPACT - España), but if you need and/or want help in organizing the getaway, don't hesitate to send me a mail!


One day is enough.