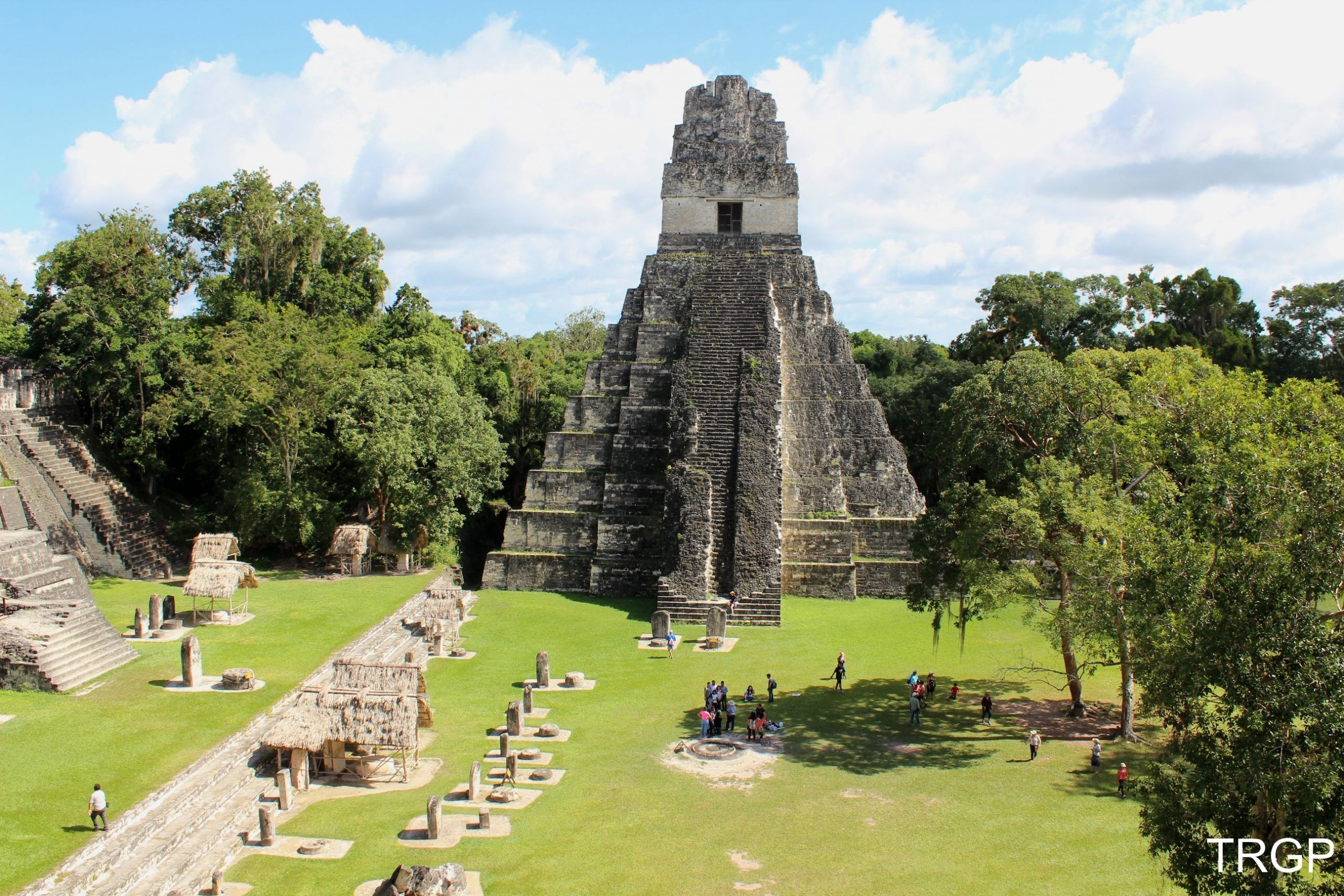 Access
I flew from Ciudad de Guatemala to Flores and then by car to Parque Nacional Tikal.
Tikal
Flores (Guatemala)

I hired everything (flight, guide and hotel) at Tag Airlines. They have different tours to Tikal, El Mirador, Yaxhá with very interesting options. They even have helicopter tours at the volcanoes. Honestly, I wanted to do some of these last ones!

From Flores airport you have to travel about 60km by road, which takes about an hour, to reach Parque Nacional Tikal. It is one of the most important tourist attractions in the country. It was discovered on February 26, 1848 and was declared a National Park and Mixed Heritage Site of Humanity in 1955. It is one of the eight core areas of the Maya Biosphere Reserve and one of the largest cities of the Mayan civilization. They say it has 352 birds, 105 amphibians and reptiles, 155 mammals, 535 butterflies, 185 trees, and 41 fungi. What struck me the most was the monkeys leaping through the trees and a tarantula a few inches from my foot!

Tikal is located in the Petén region, which is one of the wildest areas in Guatemala. It is a very leafy area without many roads. The road to access the National Park is unpaved and is not in very good condition. On the way I visited very nice craft shops.

The car must be left in the parking lot and the tour of the archaeological zone must be done on foot. Most of the old city is still covered by lush jungle. Without knowing what to expect... the initial section already fascinated me! Huge trees are full of nests and strange birds. I will never forget the noises I felt there for the first time.

The Complejo Pirámides Gemelas is the first thing you will find on the tour. They are two identical pyramids to the east and west of a small square. The one to the east is restored and has menhirs in front that give it a certain elegance. In the north there is a walled enclosure that is also restored. It is the largest twin pyramid complex in Tikal.

The next visit is the Plaza Central, where there is a huge esplanade with two of the most photographed buildings in the world. It is worth sitting on the grass, in the middle of the square, and being a moment in silence watching the show. I suppose it's a sin to say it, but the Acrópolis del Norte is perhaps the thing that impressed me the least. It is beautiful, but having the Templo del Gran Jaguar (I) or the Templo de las Máscaras (II) near, make it a shade. These last two are too amazing.

After the contemplation time (in silence), I recommend going up the Templo de las Máscaras. It is 38 meters high. You go up through wooden stairs in perfect condition. When you get to the top, you are speechless. From here is where you can enjoy the best views of the Templo del Gran Jaguar and the Plaza Central. The main pity is the amount of people upstairs, but I assure you that the views are awesome.

The Templo del Gran Jaguar is a funerary temple built in 700 by the Mayan civilization, but it was not discovered until March 1848. It is the main construction of Tikal, the largest city of the Mayan period in the Petén region of Guatemala. It is named because of the jaguar on the lintel of the main door.

The Templo de las Máscaras is also from the year 700. It is named for the two masks on the central staircase. This was used for ritual ceremonies; but, inside, no grave or funerary remains have been found. It was built by a ruler for his wife, a portrait of the one on the lintel at the top of the temple and now in the American Museum of Natural History of New York.

The other two must-sees within the Park are the Templo de la Serpiente bicéfala (IV) and Mundo Perdido. The first is a temple built for funeral ceremonies. It is located in the N complex and is recognized as the highest in all of America. The date of its construction is not clear. There are studies that speak of 741 and others of 747. The second is the largest ceremonial complex dating from the pre-classical period; in fact, it has 38 structures spread over 60,000 square meters. Here is the oldest pyramid in the Park. Some studies say that it was built as an astronomical complex.

I was very impressed by the Mayan constructions; but I have to say that the journey inside the jungle to move between the temples is amazing. I think that I have never seen so much leafiness in plants and so many animals together.

I finished the tour with a meal at the restaurant "El Mesón" which is inside the park, in the middle of the jungle. It has an ecological approach that I really liked. They have been serving meals to tourists for over 18 years. The vegetable broth was so good!

From there they already took me to the hotel "La Casona del Lago". The best thing about the hotel are the views and the location. I recommend going to the bar next to the pool and have a drink while enjoying the views of Lago Petén Itzá and Isla de Flores (island that I loved and about which I will make a special publication). From the hotel I walked along 6th Avenue (bridge that leads to Flores Island) to the restaurant "La Casa de Enrico". It took me about 30 minutes. The place is wonderful. I loved. It is a very small restaurant, with a terrace above the lake, where they offer good products and fantastic service. I returned to the hotel with a boat. The truth is that going to dinner at "La Casa de Enrico" was a success.

If you want to go to Guatemala with the SIM card already bought, you can ask it at Holafly and you will get a 5% discount coming from Raconets!


One day is enough to see the park. 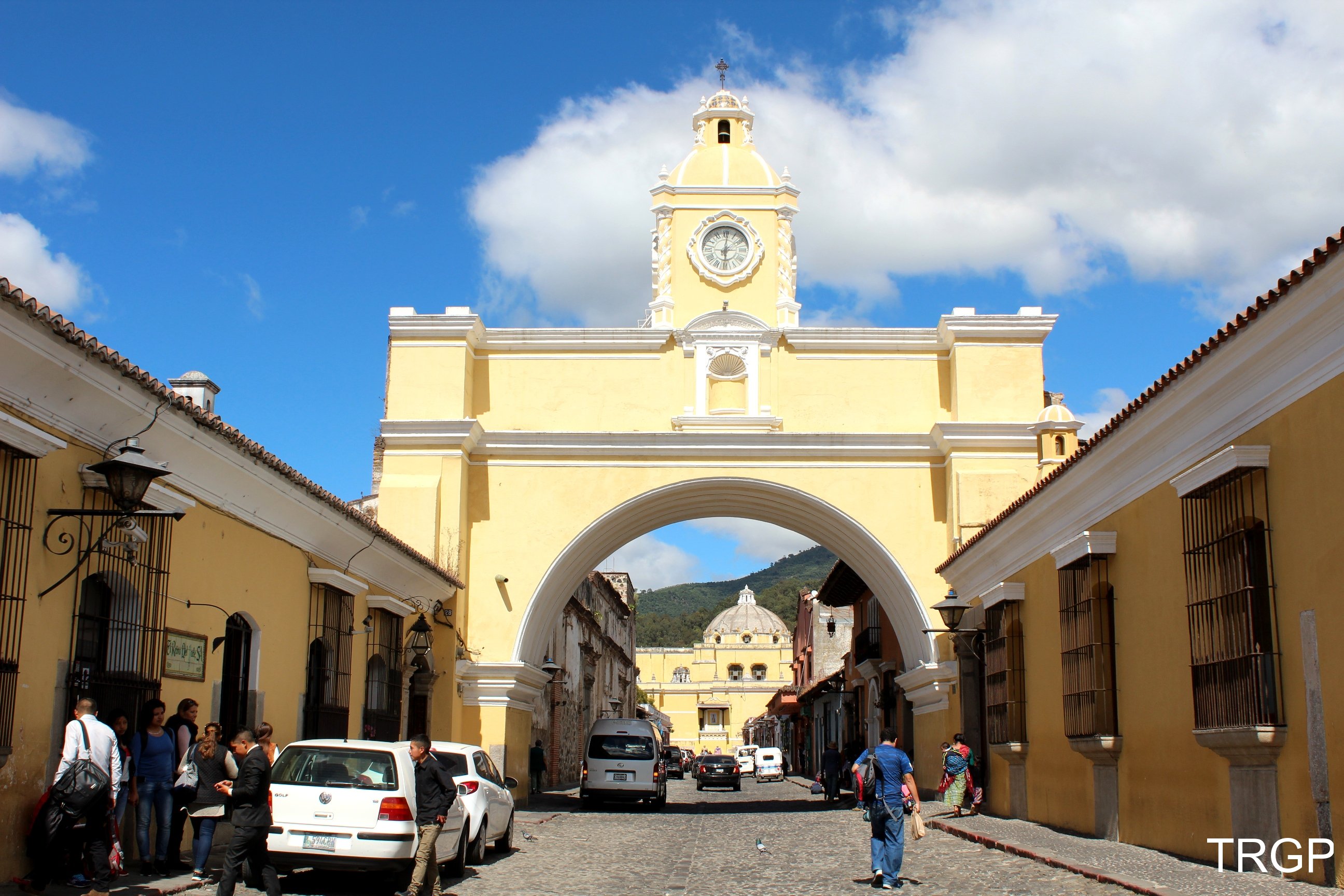