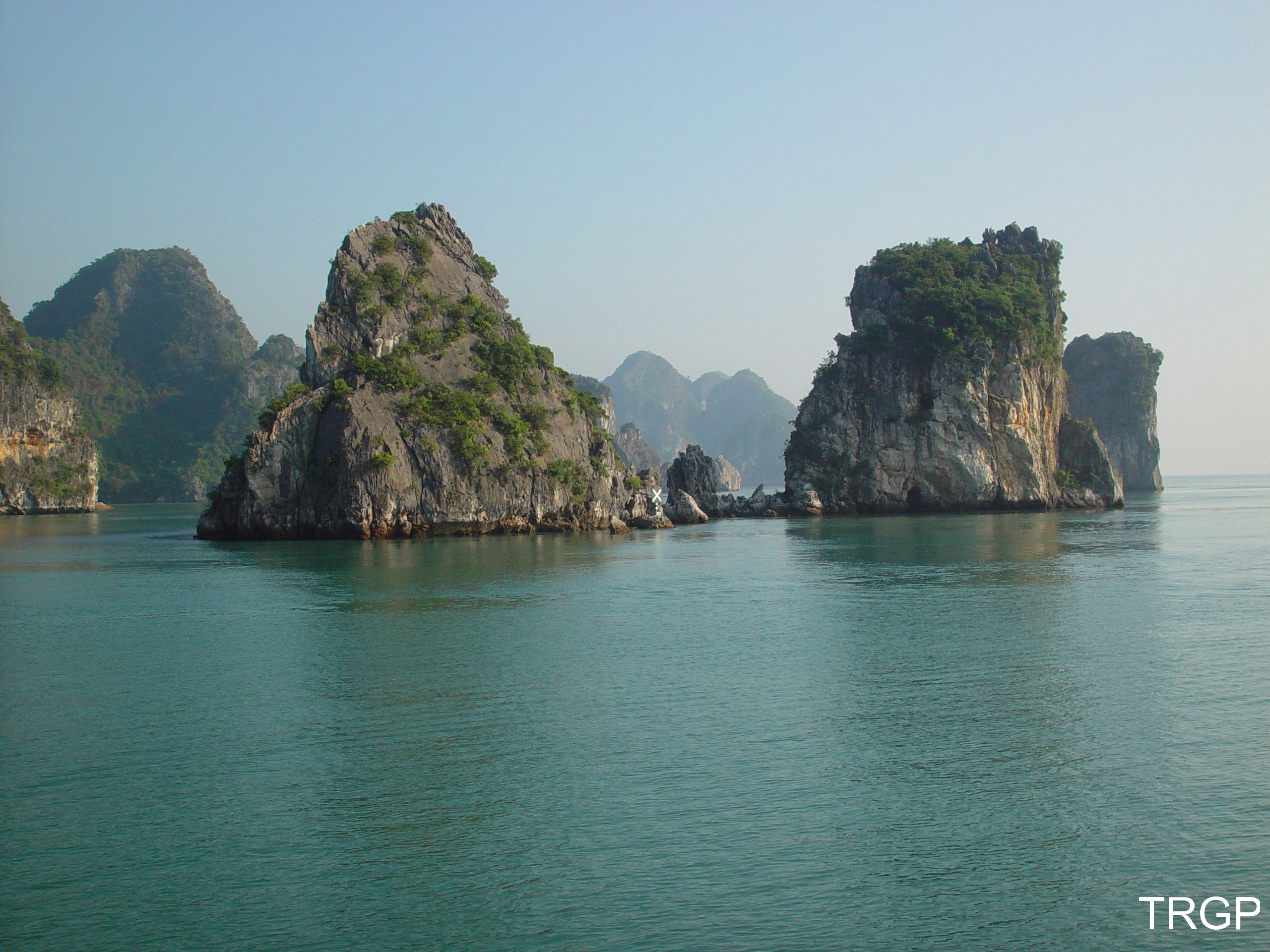 Access
It is accessed by car (approximately 2 hours) from Hanoi to Dao Tuan Chau. That is where the boats depart.

Awesome. It is one of the most beautiful landscapes I have ever seen.

It is a common destination known all around the world and, to be honest, too many people travel there nowadays but I assure you that the visit is worth it.

The Halong Bay is an entree of the Tonquín Gulf located 170 km east of Hanoi. It is located in the northeast of Vietnam and very close to the border with China. There are 1,969 monolithic islands spread over 1,500 km². It was declared World Heritage by Unesco in 1994 and It seemed to me little recognition. It's wonderful!

The options to explore the bay are diverse. As always, everything depends on the budget. Take the company that most convinces you (there are many), but what is priceless is to sleep on the boat. Awakening in the middle of that majestic landscape is speechless.

I chose "Paradise". The check in is done in the facilities located in Dao Tuan Chau. They are great and I could enjoy a delicious natural fruit juice while contemplating the boat, comfortably, from a sofa. We are three people and we have rented a "Paradise Privilege" exclusively.

Just when boarding the ship, they made a quick tour and at the same time they gave us another fruit juice. The crew was very friendly. The rooms were spacious, new and very clean. All was great, but there was one that stood out from each other. It was much more luxurious, the interior dining room already has the table ready for lunch with thin and elongated glass tablecloths and glasses.

Within a few minutes, the ship started to move. While we were moving away from the port, the crew had just prepared the meal. They brought seafood trays from the kitchen and wine bottles. It was a double emotion moment.  On the one hand, the food was exquisite; on the other hand, the outside views were unbeatable.

The landscape was fantastic. We gradually approached the imposing high rocks until completely surrounded by them. They are huge; but one of the things that impressed me the most is the leafiness of the vegetation that is born and grows on the same rock. The silence gave more charm to the environment.

There is a lot of boat traffic and, in contrast, the sensation of peacefulness is immense. Honestly, I would have eliminated all the boats full of tourists and left only the tiny little boats of the local people who were going through the giant islands. Some are looking for large boats to sell fresh fish or some chocolate; others are fishing to have something for lunch or for sale.

In a few minutes, the boat stopped in the middle of the bay and a tiny little boat took us to visit the largest floating fishing village in the area. It was called "Cua Van", it had 180 floating houses and a population of more than 700 people. They are aware of the importance of avoiding the pollution of water which travels every day with their boats to clean the rubbish they find floating on the water. I was fascinated to see how they were able to build their homes on the water. Some live on the same boats that they use at home and as a work tool at the same time. I loved to take the tour by seeing its daily life from their perspective. They live thanks to the tourism and fishing. They are aware and that is why they care both aspects of their economy.

They made us go back to the big ship and sailed for one more hour between rocks. When it started to get dark, we did a kayak tour. We went through a kind of cave until you reach a small bay, which has striking monkeys. We went too late. There was no light and we did not see or hear anything. However, we bathed at night!

Without forgetting everything we have seen, they took us to the kitchen to give us a lesson of Vietnamese cuisine that they served with a dinner on the deck of the boat. It was a very special night. I remember a lot of darkness and a silence that was scary. When the wine had already made its job and we were just in a funny and chatty moment, the captain came up to ask us not to lock in the cabins because there were a small risk of Tsunami. In case of an emergency, they would need to be able to access to rescue us! As expected, I was so terrified that I could not sleep for a minute.

The next day we started the day with a Tai Chi class on the deck and with the same fascinating views. Just after breakfast we went to visit the cave "Sung Sot (Surprise)". It was discovered by the French in 1901. Originally it was called "Grotte des Surprises". It is a brutal experience after the strong rise (with only 50 steps). It occupies 10,000 m2 and it consists of two rooms. The first room is known as the waiting room and is 30 meters high. It is the entrance to the second chamber (or the cave surprise) full of stalactites, stalagmites and columns formed for millions of years. The access from the first to the second is by a very narrow step that makes you walk sideways at some point.

When leaving the cave you can enjoy awesome views. This is one of the last gifts I had before returning to the starting point.

The service of the boat is exquisite and the food of first quality. I highly recommend "Paradise Privilege" to do this adventure. For me, it is undoubtedly, one of the best I have ever done and that I will do.


There are adventures of all kinds and with many different companies.
I recommend spending a night at the bay. I took the two days and one night excursion and it was very pretty. 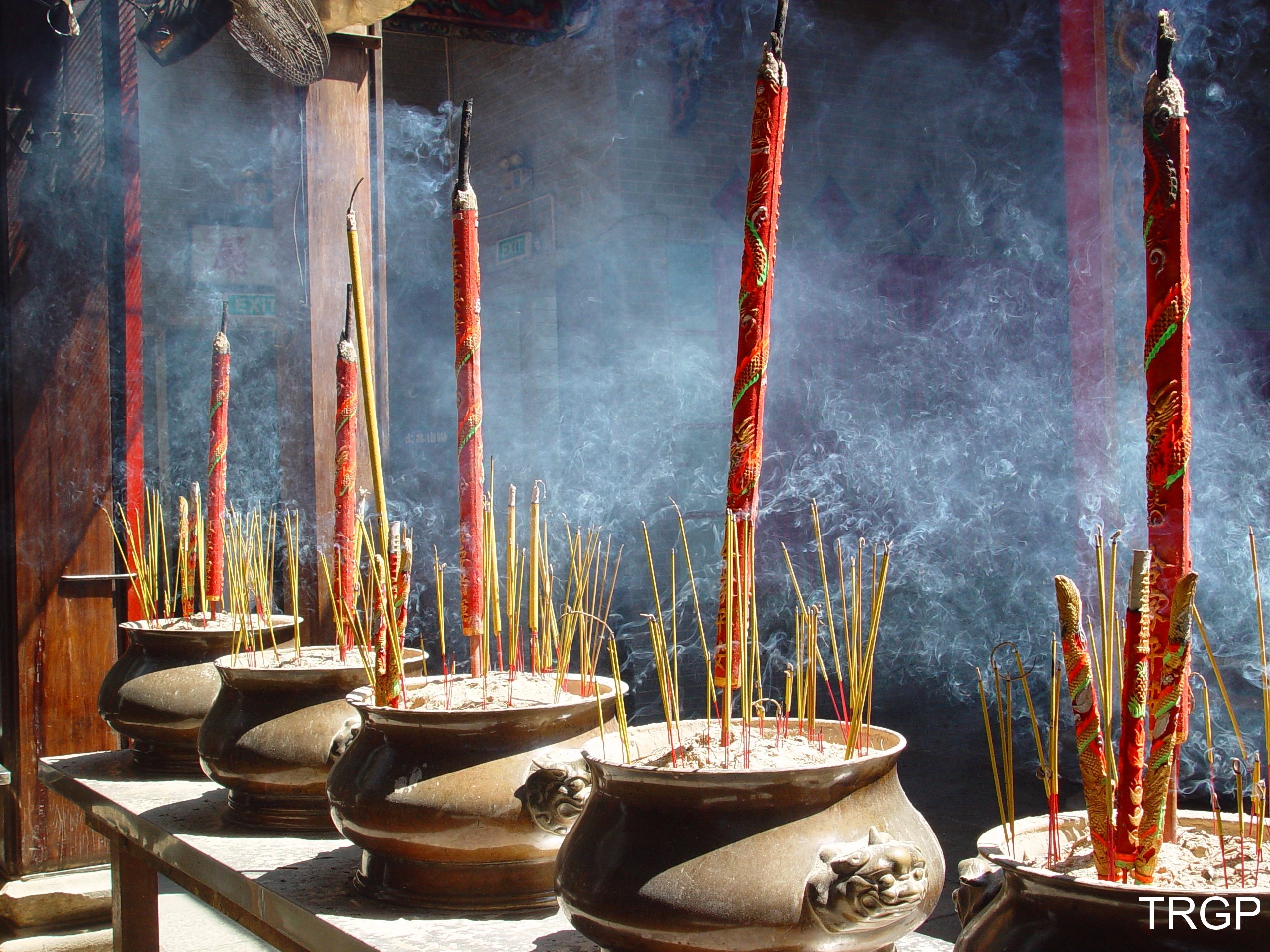 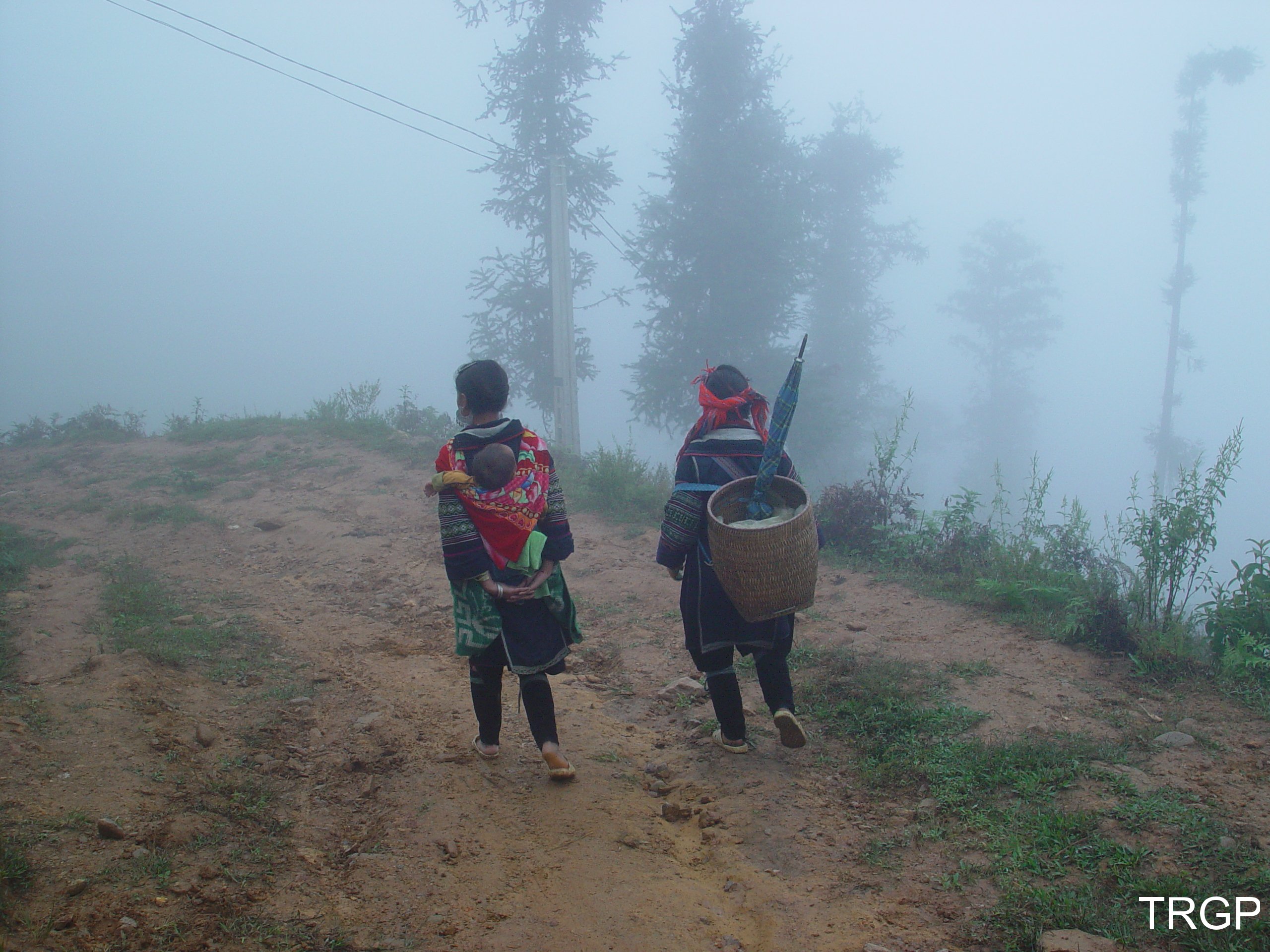 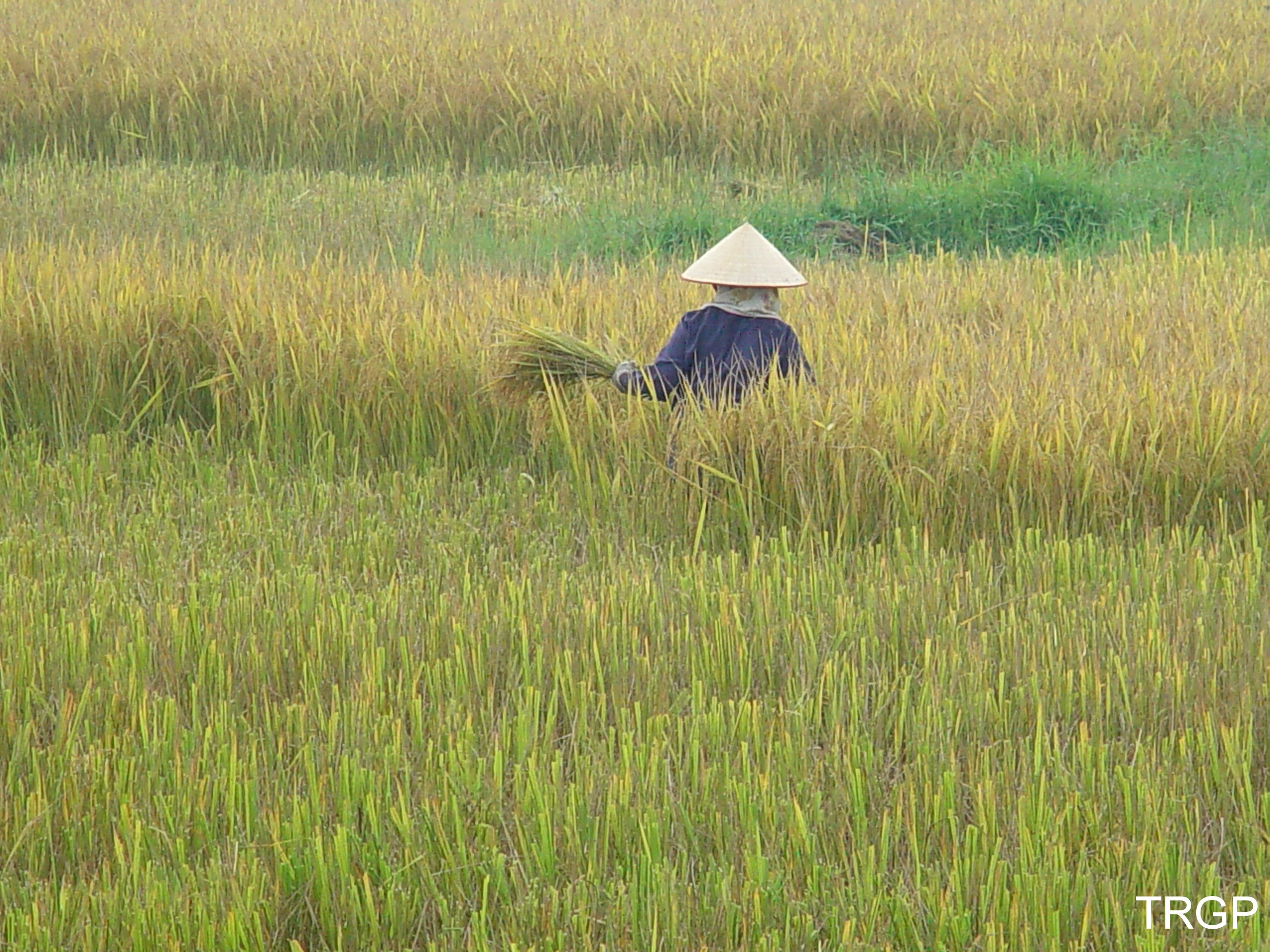 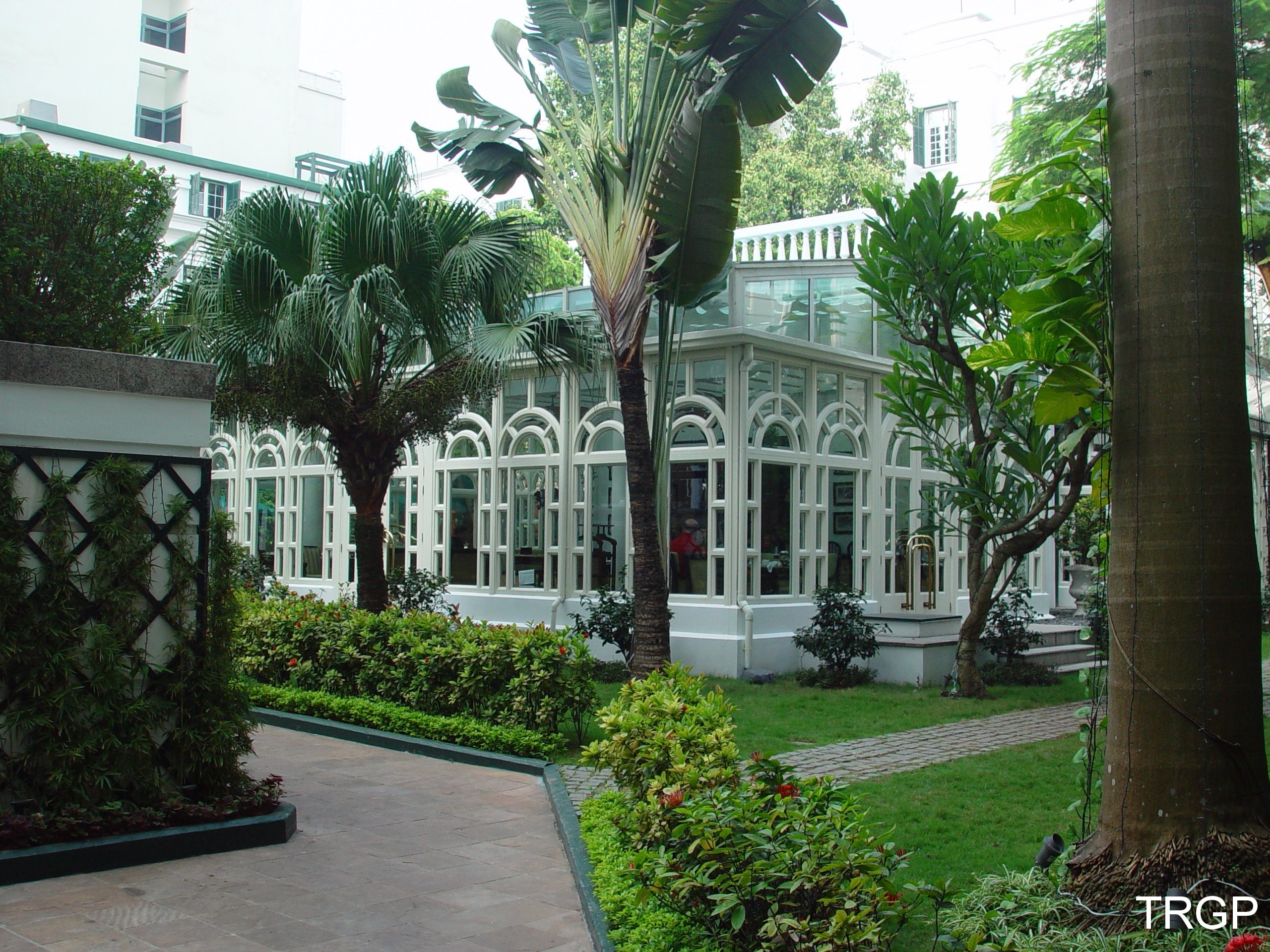